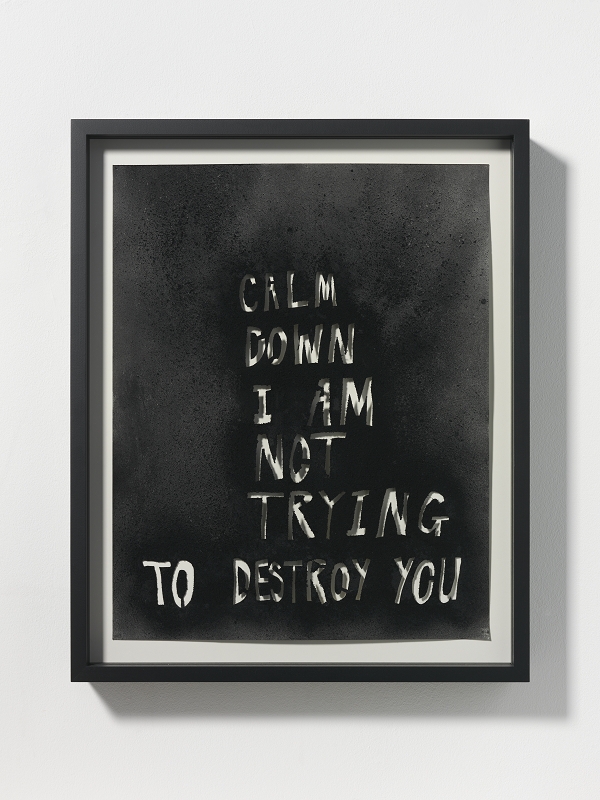 LA artist Kaari Upson has positioned much of her work around the real and fictional identity of “Larry,” the owner of items she recovered from a burned house in 2005. Several of Upson’s text works from the series include emotional language drawn from the (fictitious) romantic relationship between her and “Larry.” For this work, Calm down I Am Not Trying to Destroy You, letters are cut from charcoal-smeared paper, forming a menacing piece that contradicts the supposedly comforting (and slightly psychotic sounding) phrase. Her imagined relationship to him, and her very real relationship to his objects that she uses in her work, blur the line between self and character and leads the viewer to questions the motives behind the project, and possibly Upson’s mental health.