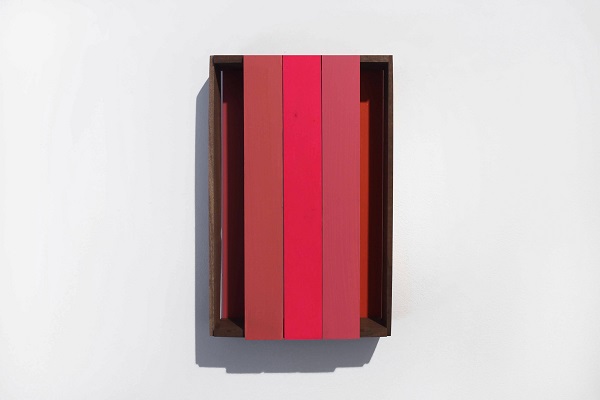 Inspired by found fruit crates, Brazilian artist Sergio Sister’s Caixas series blends the utilitarian function of the original object with modern color theory. By presenting the strong vertical stripes and bright tones of Caxia 253 over the raw box frame, Sister incorporates shadow and air into the piece, leaving blank spaces that balance the subtle tonal shifts of each plank. Chosen to participate in the 9th and 25th São Paulo Biennial, Sister has lived and worked in the city since the 1970s, and is included in the collections of many major Brazilian art museums.