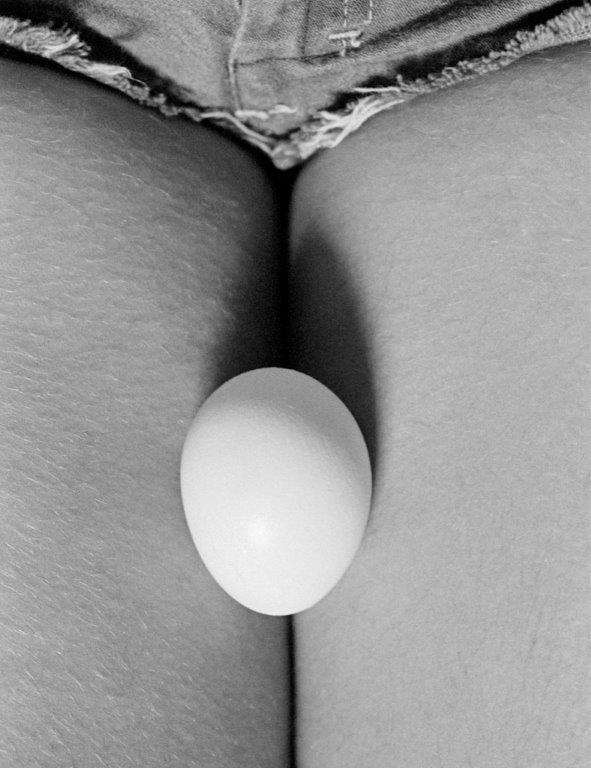 For over 5 decades, Brazilian artist Anna Maria Maiolino has been making groundbreaking, compelling work, moving freely among sculpture, performance, film, poetry, and photography. As an early member of the Neo-Concrete movement alongside Lygia Clark, Lygia Pape, and Hélio Oiticica, Maiolino was included in the groundbreaking exhibition Nova Objetividade Brasileira (New Brazilian Objectivity) at Museu de Arte Moderna do Rio de Janeiro in 1967, and like many artists of the day continued to evolve and incorporate new media as her artistic practice grew. The egg (an object that began appearing in her video work in the 1970s) is the singular object in one of her best-known performances Entrevidas (Between Lives) from 1981, where the artist walked carefully across a floor covered with eggs. In her Vida Afora (Life Line) black-and-white photographic series from the same year, the egg moves through her daily life in Rio, encountering a number political and personal situations, as seen in this untitled piece. Like other feminist work of the era, the photograph presents the female form in a direct way, drawing a blunt comparison between human and animal (chicken), while also allowing for a poetic reading of the physical body. Significant solo exhibitions of Maiolino’s work have been held at venues such as The Drawing Center, New York; Fundació Antoni Tàpies, Barcelona; Malmö Konsthall, Malmö; Camden Arts Centre, London; MAC, Miami; and São Paolo State Pinakotheke.