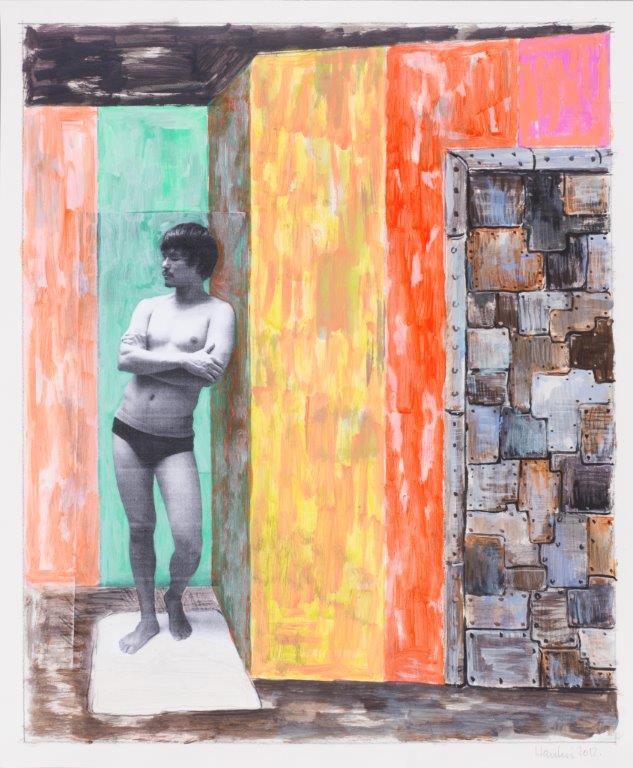 Los Angeles-based artist Richard Hawkins is known for creating works that ride the line between subtle beauty and vulgarity. In Sarrasine, a work named after Honoré de Balzac’s 1830 novella, Hawkins uses collage to offer alternative histories through the juxtapositions of unlikely elements, like the young exotic male figure and the reference to the 19th century French literature. Richard Meyer of the University of Southern California says that Hawkins’ “ability to mash-up avant-garde, kitsch, and kink challenges us to rethink our hierarchies of value and visual pleasure.” Hawkins earned his MFA from California Institute of the Arts in 1988. His 2010 solo exhibition Third Mind was presented at the Art Institute of Chicago and the Hammer Museum, Los Angeles. Hawkins’ work was included in the 2012 Whitney Biennial.