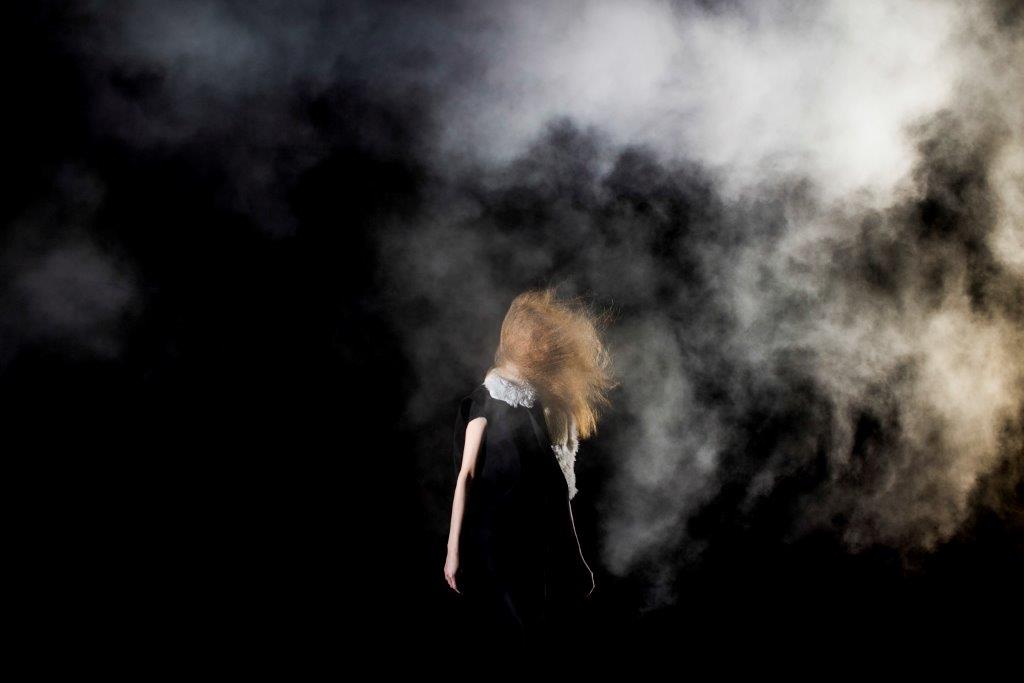 Kevin Tachman is an award-winning documentary photographer who has garnered wide acclaim for his work in the worlds of fashion, entertainment, and music. In this wonderful photograph taken of Rick Owens Fall Winter 13 collection, Tachman masterfully composes a romantic image, perhaps inspired by visual ideas similar to chiaroscuro methods developed during the Renaissance. We are compelled by the mysterious and hazy setting; the model dressed in black disappears into the background and yet is brought forward by the hard lights beautifully resting on her arms. Kevin Tachman’s photos have appeared in print and online publications such as Vogue, NYTimes.com, Marie Claire Russia, The Daily Beast, Elle Decor, and The Wall Street Journal.