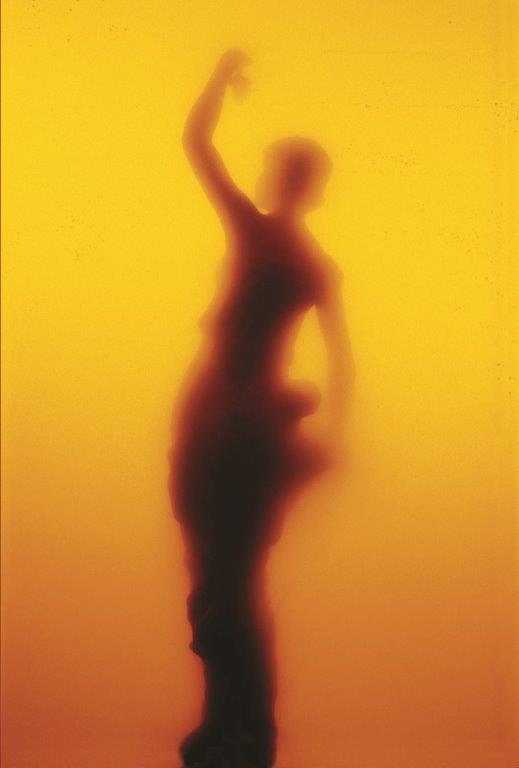 In 1987, Andres Serrano created his now-iconic and controversial work Piss Christ – an image of a crucifix submerged in urine. The subsequent campaign led by U.S. Senator Jesse Helms to eliminate the NEA (using Piss Christ as an emblem) cemented Serrano’s status as provocateur and central player in the culture wars of the late 1980s and early 1990s. Piss Elegance, created in the same year and also part of the artist’s Immersions series, shows a historical Greek figure (perhaps a statuette of Dionysus, god of wine, holding a bunch of grapes) submerged in urine. The presence of the classically beautiful figure surrounded by the glowing bodily fluid make for a compelling work that is both beautiful and repugnant, serene and jarring. Serrano has shown in important museums and galleries in the United States, Europe, Japan, and Latin America and is represented in many prestigious collections, including the Whitney Museum of American Art, New York; the Reina Sofia Museum, Madrid; and the Art Institute of Chicago.