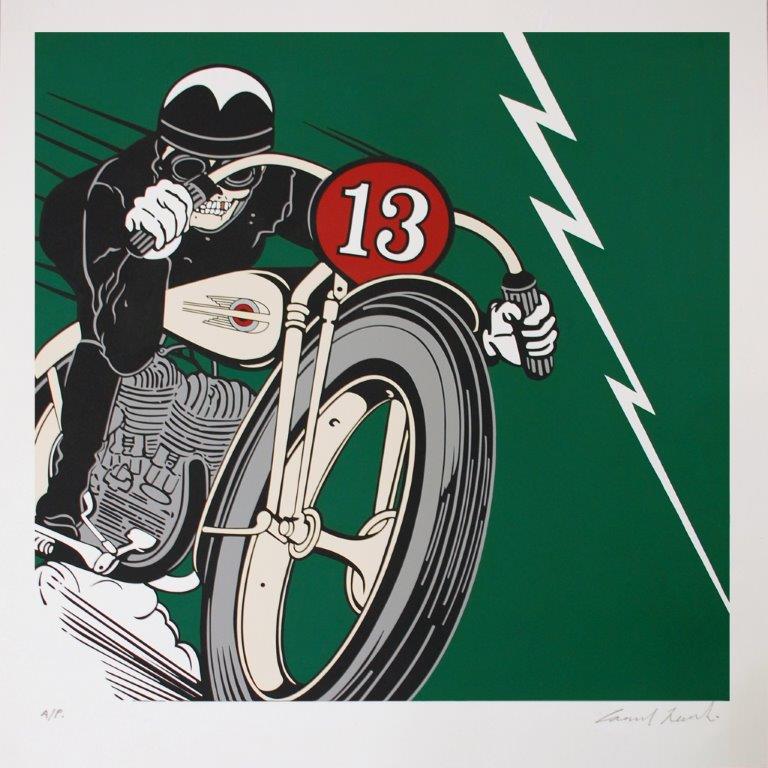 Speed, motorcycles, and a nostalgic British attitude are essential themes in the work of British artist Conrad Leach. The artist says his work is “[a] celebration of Britishness, not necessarily British things, just things that inspire British thinking. Harking back to a time before health and safety took the edge off pioneering behavior.” One can see his ideas communicated in Lucky 13, in which the skulled rider fearlessly pushes the limits on its classic British racer. Conrad Leach’s work has been exhibited in the Japan, United Kingdom, and the United States.