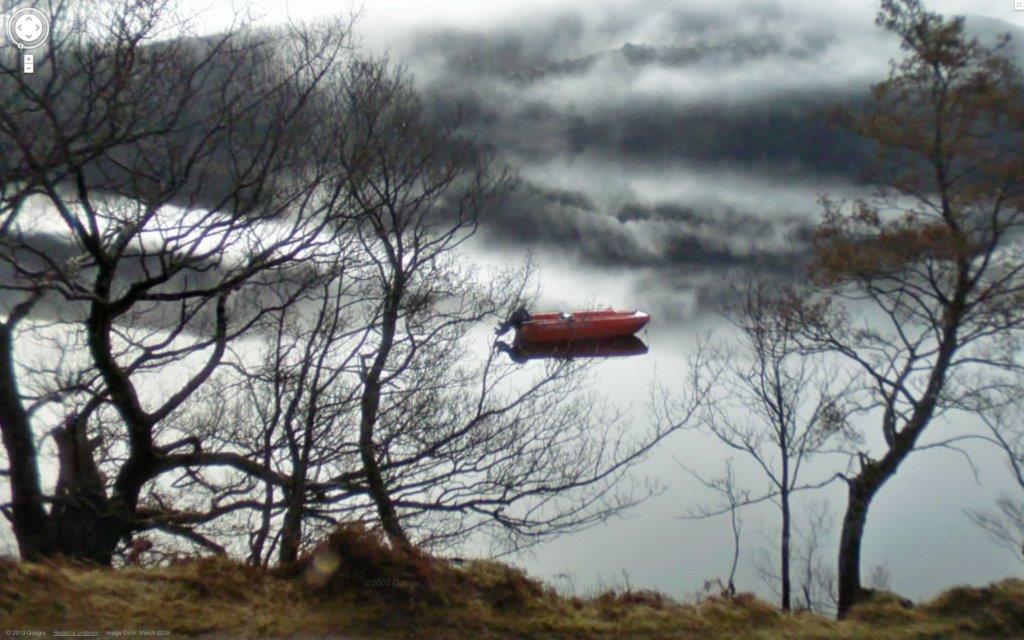 Canadian artist Jon Rafman explores the effect of digital technology on society by investigating the impact of digital media on memory and history. In 2008, Rafman began a project called 9-Eyes in which he roams Google Street View, a quest he calls “a virtual search for the sublime.” Here in Lakeside Drive, Coffeyville, Kansas, he frames a Google image of a solitary boat within an eerie and nebulous landscape, an idea often used to portray an encounter with the sublime by Romantic artists. This beautifully composed work allows us as viewers to imagine this awe inspiring and natural experience, even with the Google navigation tool in the top-left corner. Jon Rafman is an artist, filmmaker, and essayist. His work has been exhibited at the New Museum, New York; Palais de Tokyo, Paris; and Saatchi Gallery, London.