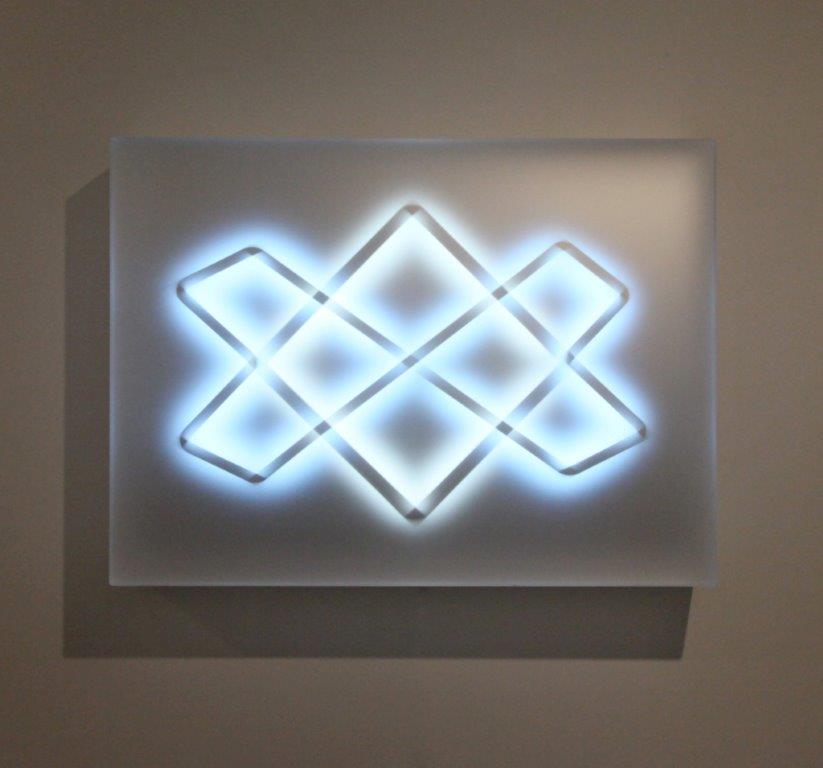 Among his influences, Jay Shinn counts Robert Irwin, James Turell, Op Art, and historical geometric abstraction. As part of his continuation of this dialogue with the properties of space, light, and optics, Shinn uses neon, acrylic, mirrors, and paint. His work always requires a closer look, as dimensional space expands and folds in on itself. In Illuminated Icon #12, a folded, transparent band hovers in space with a glowing halo – a beautiful contradiction in that the most solid presence of the work exists through its translucency. Shinn’s light projection paintings were recently featured in a group exhibition at Galeria Miejska Museum in Poland. He recently completed a large-scale, site-specific installation in SoHo, New York, and was selected by Time Equities’ Art in Public Spaces to produce a large-scale, temporary exhibition on display at 55 Fifth Avenue in New York. Shinn has exhibited nationally and internationally, including Barbara Davis Gallery in Houston, Kunstverein Neukolln in Berlin, and Mixed Greens in New York, and is included in numerous private and public collections including DFW International Airport, US State Department, Neiman Marcus Corporate Art Collection, Capital One Collection, and Houston Hobby Airport.