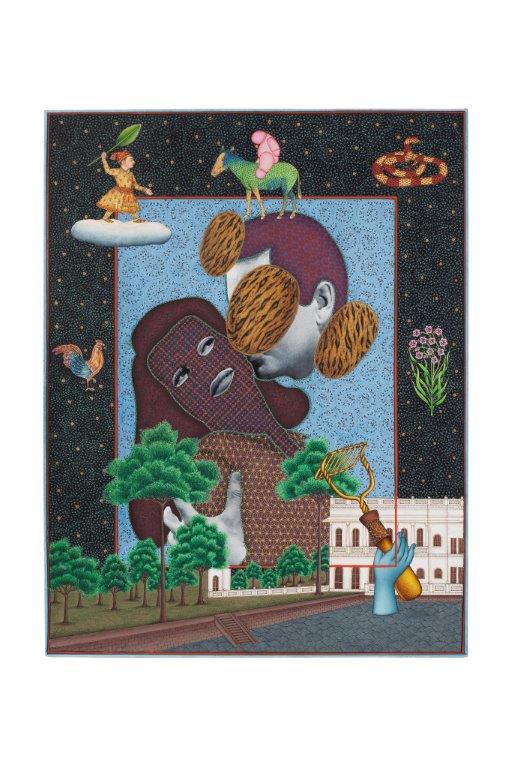 Alexander Gorlizki was born in London, England and lives and works in New York City. Gorlizki’s works on paper combine such diverse elements as hand-painted figures, ornamental and textile patterns, as well as photographs and magazine pages. His compositions range from geometric abstraction to loosely narrative surreal scenes that offer views into layered worlds where Eastern and Western iconographies and historical references are found re-contextualized and co-mingling in a contemporary and flattened visual space. His work has been extensively exhibited in Europe and the United States. His work is included in several museum collections including the Aspen Art Museum; the Museum Kunst Palast Düsseldorf; and the Victoria and Albert Museum, London.