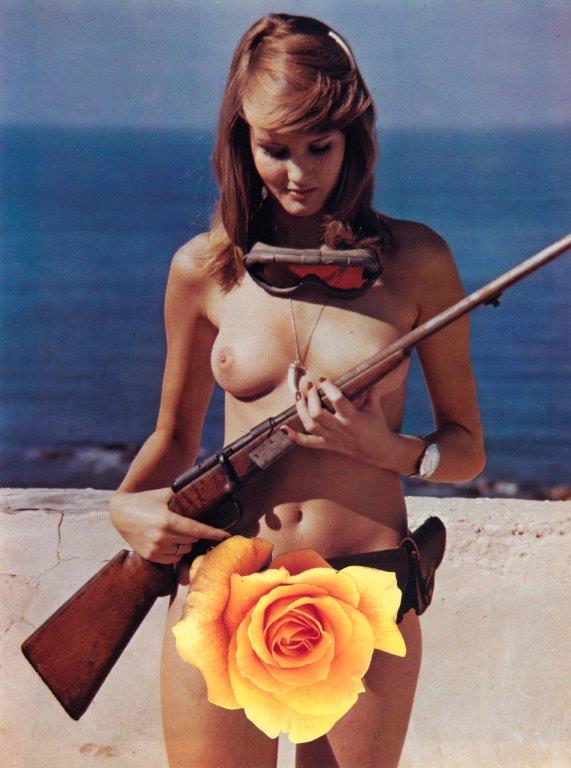 Acclaimed British artist Linder explores cultural and social expectations of gender identity and sexual commodification by rethinking the cultural treatment of the female body. In Daughters of The Promised Land V, Linder collages a yellow flower (most likely pulled from a women’s housekeeping magazine) onto that of a nude female model posing for a men’s pornographic magazine. The resulting work seductively critiques the increasingly mainstream symptoms of cultural values critical to the gaze. Linder was born in Liverpool in 1954, and now lives and works in Lancashire. Her work has been featured in museum exhibitions at the Royal Festival Hall, London; Kunstverein Munich; ICA, London; Museum of Contemporary Art, Chicago; Kunsthalle Vienna; Tate, St Ives; and the Tate Britain, London. She had a solo exhibition at the Goss Michael Foundation in October 2012.