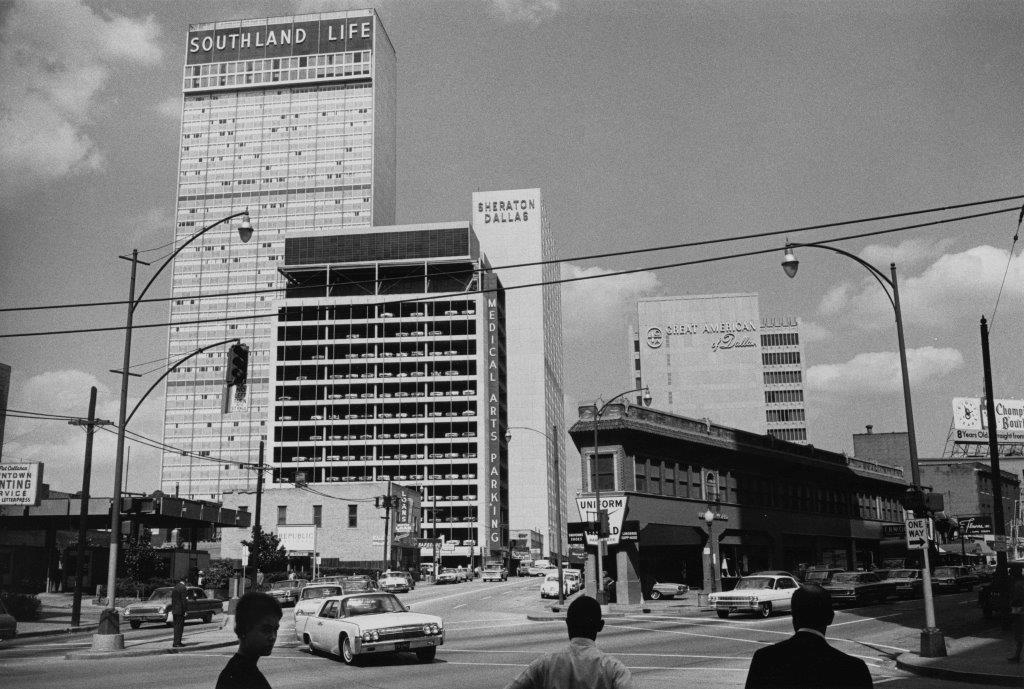 I look at the pictures I have done up to now, and they make me feel that who we are and how we feel and what is to become of us just doesn’t matter. Our aspirations and successes have been cheap and petty… I can only conclude that we have lost ourselves, and that the bomb may finish the job permanently, and it just doesn’t matter, we have not loved life. I cannot accept my conclusions, and so I must continue this photographic investigation further and deeper. This is my project. – Garry Winogrand, application to the Guggenheim Foundation, 1964

Photographer Garry Winogrand has been recognized as one of the central photographers of his generation for his portrayal of American life in the early 1960s. Winogrand captured the drama of the street itself, requiring no evident happening as his subject. His works are filled with restless motions that represent a sincere response to an evolving age of anxiety. In this memorable work- Dallas, Texas-Winogrand takes a photograph of the city facing Northeast at the intersection of Pacific Avenue and Live Oak Street. The work evokes complex feelings of nostalgia, for the photo is taken one year after the assassination of John F. Kenneday, no more than a mile east of Dealey Plaza. Winogrand’s photographs are included in the collections of the Museum of Modern Art, New York; the Metropolitan Museum of Art, New York; the National Gallery of Art, Washington D.C.; the San Francisco Museum of Modern Art; among numerous other museums. His career was examined in a monumental survey at the Museum of Modern Art in 1988, and in several other exhibitions since.