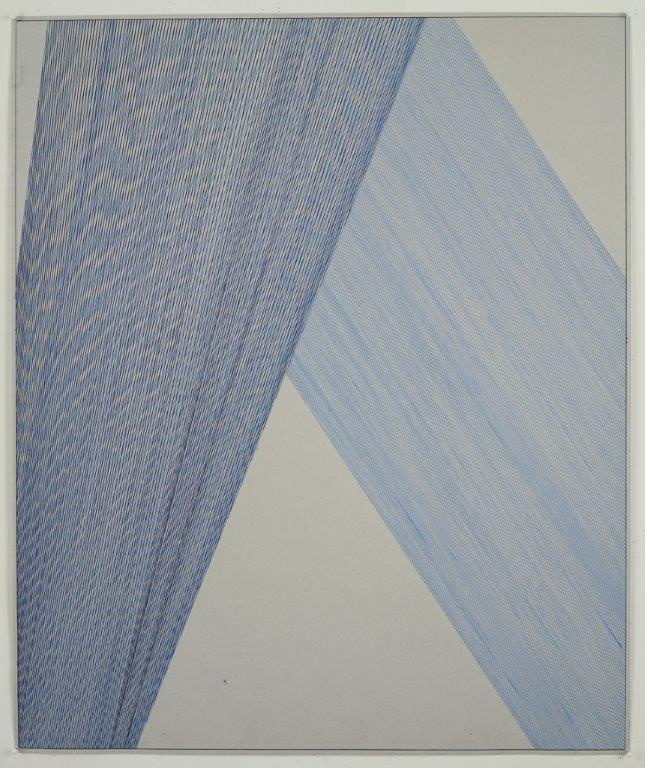 San Francisco-based artist Shaun O’Dell makes drawings, videos, music, and sometimes sculpture. The work 2nd. Feelings.17, comes from a major body of work in which O’Dell’s artistic practice is informed by a decade of immersion in the study of jazz saxophone, that is then translated from a system of musical improvisation to drawing. By also looking at folk-vernacular, hypnotic qualities, O’Dell makes a fascinating drawing with repetitive line work, similar to the sound of escalating notes bouncing off the wall. Shaun O’Dell’s work has been exhibited widely in the US. He has won numerous awards and honors including The Tournesol Award in 2009, Diebenkorn Teaching Fellowship in 2006, and the Artadia Award in 2005. His work is included in a number of permanent collections, including the Museum of Modern Art, New York; Whitney Museum of American Art, New York; San Francisco Museum of Modern Art; and the Berkeley Art Museum.